TRAUMA – January 2019
Do you ever find yourself in one of those seasons where you see or hear the same word or message every time you turn around? To me, it feels like God often puts a theme on a season of my life. When this happens, I always try to dig deep and figure out what it is I need to learn or what area it is I need growth in. What is God telling me? After much thought, prayer, and deliberation, I have decided that this most recent one needed to be shared publicly. My hope is that it will help many people recognize the true nature of trauma and equip us to respond to it better.

The past two years of my life, I have found myself surrounded by the word and idea of TRAUMA. I used to define trauma much differently than I do now. Like most of America, when I heard the term trauma or post-trauma, my mind immediately went to soldiers from the war or to people who were the victim of a violent crime. I have come to believe that we hold trauma on a pedestal (to quote my therapist friend) instead of understanding its true nature. In reality, trauma can happen to us in the midst of everyday life. If we consider its definition (a psychological, emotional response to an event or an experience that is deeply distressing or disturbing) we realize that people around us are living out the effects of trauma every day. And let me just tell you, trauma makes people do some really wonky things.

My own dance with trauma started two years ago this month when a young man we knew and loved tragically took his own life. However, instead of admitting its effect on me, I disqualified myself from it by thinking thoughts such as “HIS parents are the ones that this is most traumatic for, not me” or “Other people were much closer to him than I was. THEY are the trauma victims.” I failed to recognize or admit the level to which it affected me, so it went unchecked and began to wreak havoc. That led to other small or less significant things feeling escalated bigger than they should be because I was already starting with an empty tank.

Over the past two years, I have also begun working directly with more domestic violence victims in our mission. (Talk about being surrounded by trauma!) Domestic violence victims and their families live in daily trauma. Helping them through it exposes you to all of THEIR trauma (as if your own isn’t enough)! Somewhere along the way, I finally realized that God was trying to teach me something and (eventually) I began to listen. I have been very surprised by what I have learned.

I am sharing this because I believe that we ALL tend to disqualify ourselves from trauma and its effects. We think it is reserved for someone else and doesn’t affect US. But here’s the thing…….If we don’t learn about its true nature, we will live under its shadow forever. I’m no shadow dweller, so once I recognized that God was putting the issue of trauma in front of me every time I turned around, I decided to dig in and learn more. I’m a real “knowledge is power” kinda gal. I began to read about trauma. I started talking to professional therapists about trauma. I watched training videos about trauma. Suddenly, I found myself TEACHING OTHERS about trauma every time I turned around. I’m sharing this here today so that YOU can learn about trauma and its effects. The better we understand it, the better we can respond to our own trauma and the better we can help those others who have been affected by it.

I always thought of the same handful of symptoms when I would hear the word trauma or post-trauma. Those same things probably jump to your mind too: flashbacks, night sweats, nightmares, jumpy/edgy behavior, addictions, or violence are the biggies I always thought of. When I began to do some research, however, I learned that most of the effects of trauma are much sneakier and harder to recognize than those. They’re not those big and bold monster symptoms that are easily recognized. They’re more like those annoying little flying gnats that wouldn’t really bother you if there was just one but they travel in packs that surround your face and irritating the heck out of you. The effects of trauma can be small things, but when they are surrounding you, they take over! So let’s identify some of those annoying little gnats and take a swat at them!

Recognize any of these? Boy, I sure did! I am certain that someone is coming to your mind right now. If it’s not you, it’s someone you know and love. Trauma is NO JOKE and it is all around us. One of the worst things about trauma is that it is a self-feeding monster. In fact, it’s like the Abominable Snowman that picks up speed and strength as he rolls downhill in an avalanche! By the time he gets to the bottom, he has the speed and strength to demolish the whole village!

Let’s take a look his typical roadmap: You’ve been affected by something traumatic and aren’t feeling like yourself. You react differently to a situation than you might normally react and you are irritable over something that wouldn’t normally bother you. You get frustrated with yourself and start to feel guilty or ashamed for having been irritable and over-reacting. You beat yourself up inside and become quiet and withdrawn. Someone else takes your irritable reaction personally and thinks it was directed at them. A relationship is damaged (enter in relationship problems). Since you can’t sleep at night, you lay in bed and dwell on the racing thoughts about this damaged relationship and how you are going to fix it. Eventually, the thoughts are making you crazy, so you take something to help you sleep. But that “something” makes you groggy in the morning and it seems impossible to wake up. So, you rationalize sleeping in late (enter in loss of productivity). Eventually, this happens often enough that you fall behind in everything and began to feel overwhelmed. You hit the caffeine hard because you’ve got so much to do (enter in loss of concentration and memory problems). All of this is overwhelming and you need some help by this point. Unfortunately, by now, you have damaged so many relationships that you can’t find anyone you can talk to (enter in isolation). You stop going to social things, you withdraw at work, your family walks on pins and needles around you……the snowball just grows on and on and on! On top of that, all the while YOU are wondering what’s wrong with all of THEM that they would treat you this way instead of showing you compassion. It’s easy to see how trauma sneaks its way subtly but wreaks some major havoc!

So what do we do about it? That’s a tough one…..I’m still working on that! But here are a few things I know without a doubt:
1) Get professional help! We all need someone we can unload our burdens on that will not be emotionally affected and can help us navigate through.
2) Medication may be in order sometimes. Our bodies actually PHYSICALLY adapt to trauma responses making them intensify and perpetuating the cycle
3) Show grace and mercy to others around you when you see some of these signs that start popping up. Filter their actions through a more understanding and patient filter rather than taking offense.
4) Be mindful of what others are going through and how you can have a positive impact on them.
5) Self-care is VITAL……even when you don’t feel like it, do more of what you love and what you find FUN. I promise you won’t regret it once you get started!
6) I personally recommend spending time at the ocean: nothing is more therapeutic to me than being surrounded by mesmerizing waves that crash around you loud enough to drown out every thought!
7) If you’re not an ocean fan or it’s not an option right now, find your escape wherever you can. Get away from it all, relax, read a book, whatever it is that helps your mind and body rest.
Above all else, remember that we are all in this village together. Your words, actions, and reactions have the power to make or break someone’s day. Let’s actively CHOOSE to be day-MAKERS and together we can change the world!
– Rachel LeJeune 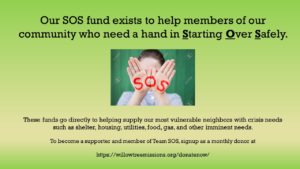